This image was made at Harvard University. My friend suggested this angle and it was a great suggestion.

These are two views of Dunster House and Weeks Bridge along the Charles River in Cambridge Massachusetts.

This is Harvard University’s stadium. It is famed for its football games, though this night it was a venue for a game of lacrosse. It has something of a coliseum feel to it with the arches and the way it is laid out. Go Crimson!

Welcome to Harvard! There is much ado about this statue of John Harvard and his famous foot. Supposedly rubbing it brings luck and students line up before exams. And tourists line up…boy, do they line up! I’ve sat in Harvard Yard on a sunny day and watch group after group from all over the world come by to rub his foot. The thing is that this is a college, and college kids, being college kids, tend to have a bit of fun by doing nasty and vile things to said foot. So if you want to rub the foot, I suggest a bit of anti-bacterial gel.

Oh, and the sculptor had no idea what John Harvard looked like when he made this. All drawings and paintings of him were destroyed in a fire. We are not really sure who this looks like. 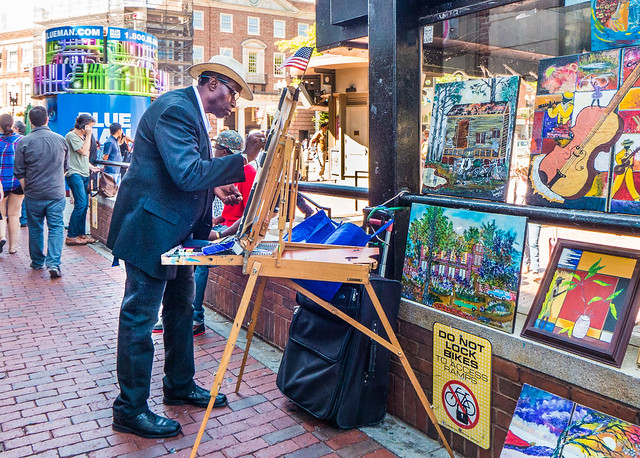 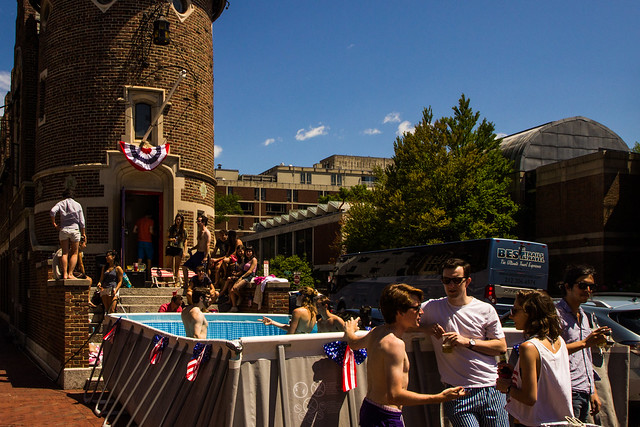 This is near the campus of Harvard. The building and land are triangular at a fork in the road. These party-goers have a grill, a pool and perhaps some refreshing libations. 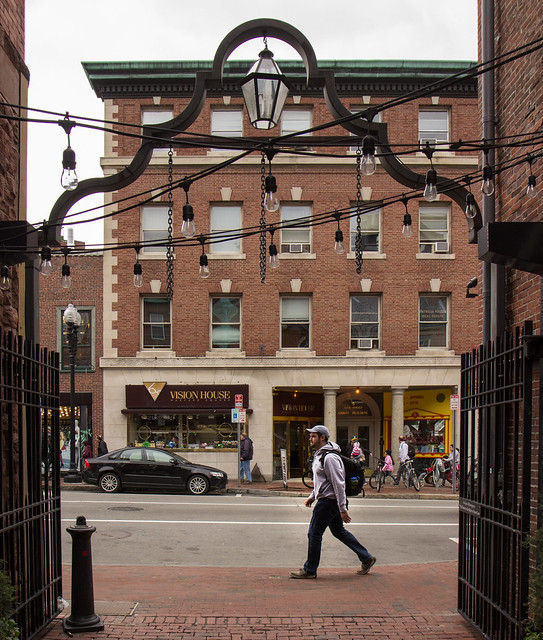 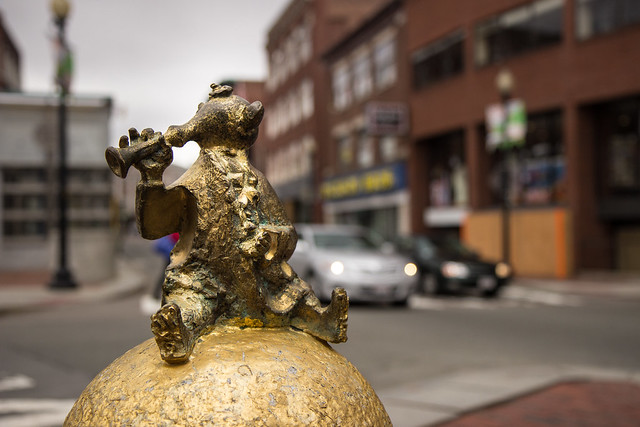 When we were sitting in Harvard Square on Sunday, my wife noticed this little sculpture on one of the concrete barriers. An inscription on the side walk said it was a tribute to Igor Fokin, a street performer.

Excertped from Wikipedia “Igor Fokin (1960 – September 21, 1996) was a Russian puppeteer and street performer. He learned his craft in his hometown of St. Petersburg. He moved from the then-Soviet Union to Cambridge, Massachusetts, in the United States, in 1993. He was able to bring his wife and son over in 1994, and was also granted a visa which allowed him to continue to live and perform in the United States. He performed puppet shows on summer evenings on street corners in Cambridge. He used wooden marionettes set to traditional Russian music. The marionettes were carved and painted by him, and he also sewed the marionettes’ clothing. In 1996, he performed shows as part of the festivities at the Summer Olympics in Atlanta, Georgia. He died early in the morning from heart failure on September 21, 1996, at the age of 36, just a few hours after returning home from a show in Harvard Square.

Soon after word of his death spread, several fund raisers were held for his family by area street performers and members of the local community. On September 22, 2001, five years and one day after his death, a sculpture modelled after one of his marionettes was erected in his memory on the street corner in Brattle Square where he performed.”
http://en.wikipedia.org/wiki/Igor_Fokin 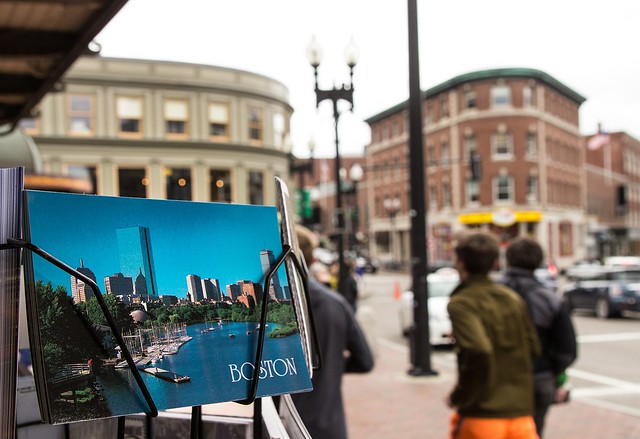