We really enjoyed the gardens at the Marsh – Billings – Rockefeller National Historical Park. Our favorite part was the sailboat sundial. Neither of us had seen anything like this before.

Wednesday, we went to the Marsh – Billings – Rockefeller National Historical Park in Woodstock, VT. The park is dedicated to the memory of three men who lived in the home (Marsh, Billings and Rockefeller) and who were dedicated to conservation and ultimately helped to preserve lands in our country’s national parks. Across the street is the Billings Farm and Museum, a working dairy farm that is open for tours and shows the history of farming.

The photos show two Tiffany stained glass windows. One is called “Passing the Torch” and is very fitting to the idea of conservation as it moves from one generation to the next. The other is in the music section of the parlor. The text reads, “Here will we sit, and let the sounds of music creep in our ears; soft stillness, and the night, become the touches of sweet harmony. Merchant of Venice Act V”

Wednesday, we were in Woodstock, VT. I’ve made images there before but somehow missed this bridge. My wife never misses anything and pointed it out as we strolled on the village green. I’d left my camera in the car and made this image with my iPhone.

We spotted this church as we were driving the other day. It was picturesque enough that we stopped to make a few images.

We stopped to make this image and check out a covered bridge on the way to the Augustus Saint Gaudens National Historical Park, today.

Another image from last fall. I am hoping to get out this weekend with my camera.

Another image from Montreal made last fall.

The French language always sounds so wonderful, even if it only says…”Bicycles are in the first car”. As seen in the Montreal Metro. 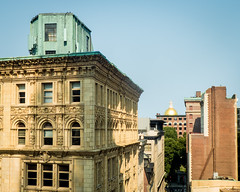 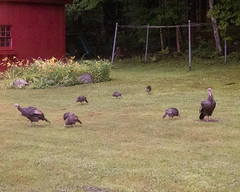 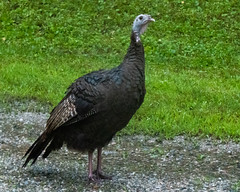