I made this video of my time here as a gift to the teachers and students of Centro Escolar Margarita Duran, as well as the other friends and people I’ve met. Later, I’ll share a second video I made of events at the school over this time.

El Salvador has a variety of ways of getting around. The intercity buses seem to be independent contractors who buy used school buses, possibly from the US, and customize them. They are interesting. There is a turnstile at the front. Pay your money and pass. A helper is at the back to handle people wanting […]

My brother-in-law is the pastor of a church in New Hampshire. He and his wife asked me to comment on religious / spiritual life here in El Salvador. As you may have guessed, the country is mostly Roman Catholic. According to the CIA World Factbook, the country is 57.1% Roman Catholic, 21.2% Protestant, 1.9% Jehovah’s […]

This week, I’ve been writing about my decision to return to school to become a teacher of English as a Foreign Language and how that has led me to spend the next eight weeks teaching in El Salvador. The decision to teach abroad came about because I wanted to spend some time volunteer teaching in […]

I was going through some images from the time I spent in El Salvador in 2016 and found this photo of a father and daughter walking near the market (mercado). I’d never done anything with it but thought it was post-worthy.

This is a series of twelve color images made over the twelve weeks that I spent volunteering as a teacher in El Salvador. As a photographer, I mainly focused on creating a sense of place through my images. Arriving in El Salvador, I was not certain what best defined the country. Some places are best […]

Something different today…a request…for help…if you can. I’d like to introduce you to Rosita. She was one of the students that I taught in El Salvador this summer. Rosita is a quiet girl, a little shy; one of the 9th grade girls. Rosita suffers from a severe form of myopia called “degenerative myopia”. Basically, her […]

When you first walk through the markets here in El Salvador, it looks like people are just sitting or standing around and not doing much. If that’s your impression, look closer. First consider the dynamics of whether you sell food or other goods. Those selling food have the advantage that people need to eat every […]

Helping can be a tricky business. You need to know what you’re doing and ask questions. Since I arrived, I’ve been struck by the generosity of the Salvadoran people and have wanted to share things with them that my wife and I make at home. I brought canned blueberries to make muffins but the house […] 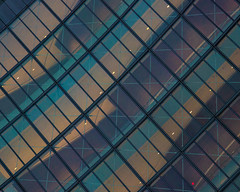 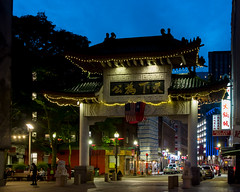 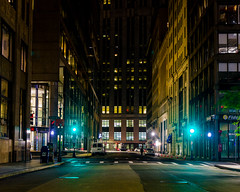