My brother-in-law is the pastor of a church in New Hampshire. He and his wife asked me to comment on religious / spiritual life here in El Salvador. As you may have guessed, the country is mostly Roman Catholic. According to the CIA World Factbook, the country is 57.1% Roman Catholic, 21.2% Protestant, 1.9% Jehovah’s Witness, 0.7% Mormon, 2.3% other and 16.8% none.

You can see in the photos the big church in Santa Tecla, Iglesia El Carmen. The local Roman Catholic Church also has a very nice complex with schools and a clinic as well as a kitchen feeding the homeless. They even took the artistic step of putting the Christian symbol of a fish in the sidewalk. I think I walked past it a dozen times before realizing what it was.

I’ve also included here some images of smaller churches both Roman Catholic and a “storefront” church, one of the many here in the city. In one image you can see a statue of a saint being carried through the streets and into a church similar to the Italian Feasts in Boston.

I think the big difference between here and home is the presence of spirituality and religion in everyday life.
People have reminders of their faith in their homes and on their person or vehicle. The bus pictured here is not unusual. Yesterday, I saw a truck bearing Juan 3:16 across the top of the front. You see it everywhere. There is prayer in the public school in which I help teach. The day begins with an assembly of all students. It includes the Spanish version of the Lord’s Prayer, and I think a prayer for intercessions for various people and groups.

Last month I was invited to join a group of women from a local church who serve a meal to the homeless the final Friday of each month. They find the money and cook the food at their home and bring it here to be served. Yesterday, I was in a van with one of these women and her friends. We were on our way to an outing in the country. We passed the scene of an accident in which a motorcyclist was clearly injured. The women stopped their happy chatter and I heard “En el nombre de El Dios, y El Hijo y el Spiritu Santo” as they began to pray for the injured man.

People are accepting of other’s people beliefs. For many, religion is a very large part of their lives. They express their faith without reservation. It is accepted here.

12 thoughts on “Faith in El Salvador” 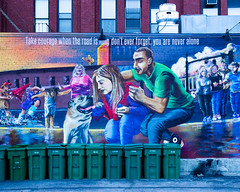 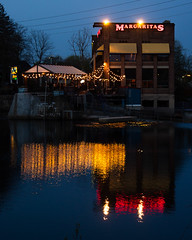 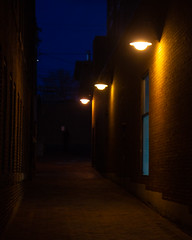